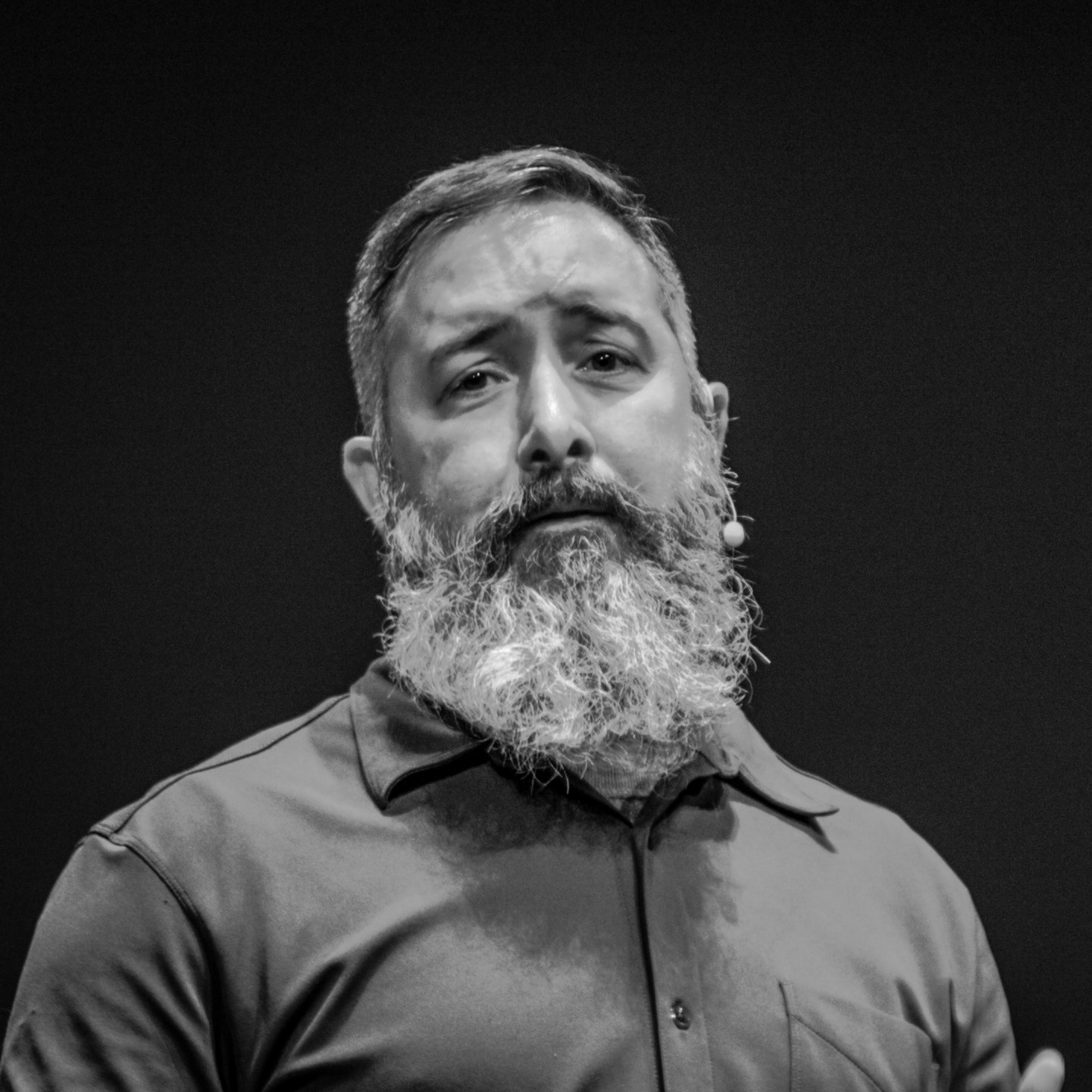 Ever since our first meeting in Portland, Rick’s name popped up over and over. He talked to me (and 400 other attendees) (4:14) from a giant screen at the 2019 ESHIP Summit; I suddenly realized he was deeply involved in the Zebras Unite movement that has taken the startup world by storm (more below). But the straw that broke the camel’s back was coming across Thank You Rick – a campaign his startup community had launched to show their support and appreciation for this ecosystem builder extraordinaire! Just who was this humble, genuine and kind, bearded introvert? What else about him had I missed?

Rick epitomizes Portland’s aggressively humble nature. No victory laps of self-congratulations. Just on to the next thing for the community.

Naturally, during our interview, even my now almost-two year-old didn’t pass on the opportunity to climb into my lap and say hello to uncle Rick. Here’s what we talked about:

“I have been in Portland for 25 years and immersed myself in the startup community early on. I was a utility player for startups mostly in the area of marketing both in- and externally which allowed me to build good relationships within the ecosystem. When open source software started to gain momentum in 2007, our community went all in. I’ve always been a hobbyist developer but I didn’t have the skills to contribute to the projects themselves, so I opted to open source my communication skills as my contribution. Because I wanted to support all the brilliant creative entrepreneurs who called Portland home.”

Rick is sort of that weird aunt that always asks if you’re eating enough and is always trying to introduce you to someone she thinks you’d like. And it’s the best thing in the world.

“Storytelling seemed to be the opportunity. I had been blogging since the 1990’s to little response, but  suddenly people began reading it! Fast forward to today; my dayjob is with PIE, a startup accelerator through which we offer mentoring and community development to build better founders. In the meantime, I joined Startup Champions Network, the Zebras Unite movement and countless other seemingly random initiatives to keep my finger on the pulse of our local startup community.”

“Ecosystem builders create great value and infuse a lot of motivation into their community. But I’m not sure what model could work to make it a revenue-generating role in the marketplace. You may have to figure out how to scale your efforts or – alternatively – how to replicate your learning elsewhere; these are services that could be marketable. But the truth is,

I don’t know anyone who got into it to make money.

To me, the danger of monetizing this work lies in the metrics. If you feel like you have to present some kind of tangible proof for work that is very qualitative in nature, you quickly fall into the trap of fulfilling quotas rather than doing the work that founders need right that moment. I can tell you that I personally don’t do a good job with assessing the outcomes of my work. I can count how many introductions I make per month (only because I tend to use the same email subject). I get a good sense for our ecosystem’s health when I see how quickly stakeholders respond to spontaneous emails that have no ask. Through our networks at the PIE Accelerator, I keep an eye on the number of activated mentors: it is a good indicator for the quality and density of our ecosystem’s connective tissue. But beyond that, I don’t know anyone who has cracked the code on measuring the direct value of this type of work.”

My degree is in English. As an ecosystem builder, I view a lot of my work as plot development: This character and that character have to meet in chapter three!

“Personally, I view my role as ensuring that people understand what it means to be a founder. And if they still want to go down that path, my job is to streamline that process and minimize the level of friction in the system.

The challenge – again – lies in making this work tangible. I personally love qualitative work like putting systems in place, connecting people and guiding the way. With no tangible list of the specific, measurable results of your work, you sometimes find yourself wondering whether the diplomacy and hard conversations are worth it – mostly on days when you feel like all you do are diplomacy and hard conversations!

But the truth is, I enjoy the one-on-one conversations with founders and stakeholders in the ecosystem. I especially enjoy involving new mentors. Because it’s an opportunity to remind them how intelligent, creative and knowledgeable they are. What seems obvious and second nature to them is often rocket science to someone who is not in their field.”

Common sense is not common.

“This is not unique to Portland, OR, but I’m getting increasingly concerned with the concept that we’re a small town when, in fact, we are a growing metropolitan region of three million people! While there are many aspects of that mentality can be endearing, it’s not without its frustrations. For example, I often encounter the mindset that if one person is working on something, nobody else needs to. Another effect of this culture is that, too often still, we operate in silos. There isn’t enough cross-pollination. I sometimes feel like we have all the right units for a thriving ecosystem, but they don’t talk to each other.”

Rick is one of the most extraordinary resources that the Portland startup community has. He balances mentorship, advocacy, counseling and ensures that our entire ecosystem thrives. He somehow finds the time to look after all of us. He is an amazing human being.

“Lastly, and this is a great problem to have, we have more and more talent moving here from all over but most tangibly from the Bay area. They might still work there but move up North for the quality of life. Or they might be relocating here to start something new. The challenge is that they’re moving to a new town with their existing networks intact. And that often precludes their getting involved in the Portland startup community. I want to figure out how to involve newcomers who bring insights, new perspectives and their networks into our local ecosystem.”

One of the dots I didn’t connect until very recently was Rick’s involvement with the Zebras Unite movement. In case you’ve been living under a rock, here’s how Rick describes it: “Zebras Unite is a response to the idea that every startup should be a unicorn with hockey stick growth and venture capital investors at the door. We advocate for founders who start a company and with it, want to do good.”

To learn more about Zebras Unite, read Don’t be a unicorn, be a zebra by Social Venturer Naomi Ryland (adapted from her book Starting a Revolution). Or go check out Zebras Unite directly. The more I learned about the movement, the more sense it made that Rick was somehow involved. “I parachuted in to help build the infrastructure. I want to figure out what techniques and dynamics work across the world. What is working elsewhere and what can we learn from Zebra chapter in other locations?”

How can we support you in your work?

I’m always curious about what’s working—and not working—for folks in other communities. So if you’re interested in sharing what you’re experiencing, please don’t hesitate to reach out. I’m @turoczy most places on the Internet. Conversely, I’m happy to share the mistakes we’ve made in the Portland startup community as well as the happy accidents we’ve stumbled upon.